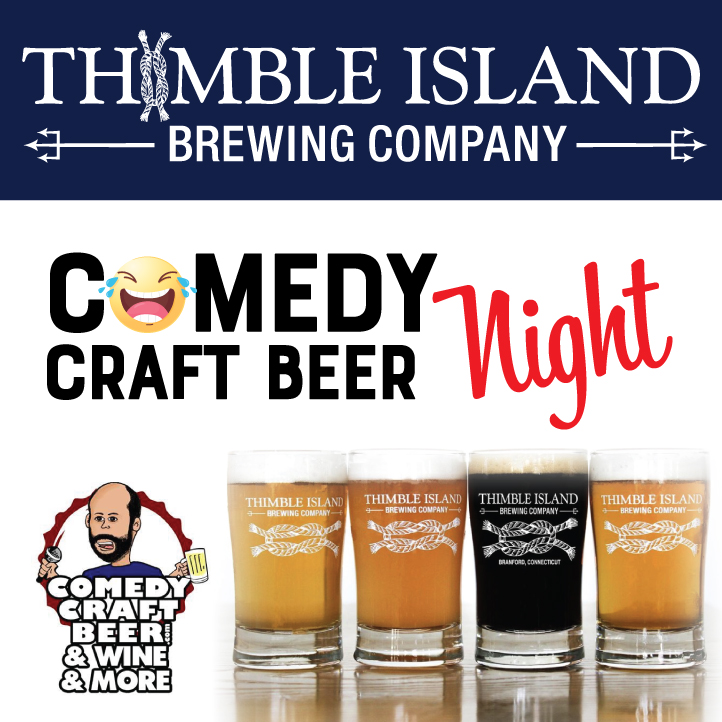 Join us for comedy night at Thimble Island. The show will take place indoors in the newly renovated taproom and restaurant.  Capacity is limited.  COME EARLY to get your seats and enjoy some beer and food before the show.

Join us for an unforgettable evening of laughing and drinking, featuring some of the funniest and most talented comics from all over the Northeast.

The Comedy Craft Beer Tour brings the best of Northeast comedy to local breweries, wineries, and any other venue that serves alcohol throughout New England and beyond for an evening that keeps the drinks flowing, and the laughs coming. This tour has been doing shows in Connecticut, New York, Rhode Island, Massachusetts, Maryland, for 3+ years, adding more, and more venues each year.

Our comics have done comedy all over the globe and now bring their experiences to some of the best local venues around for an intimate evening of laughs, drinks, food, and fun. We provide the absolute funniest comedy around, featuring comics w/ television and movie credits, who perform at the major clubs and festivals throughout the country, and are some of the brightest stars of today and tomorrow.

All you need to do is get your tickets and join us for a show.